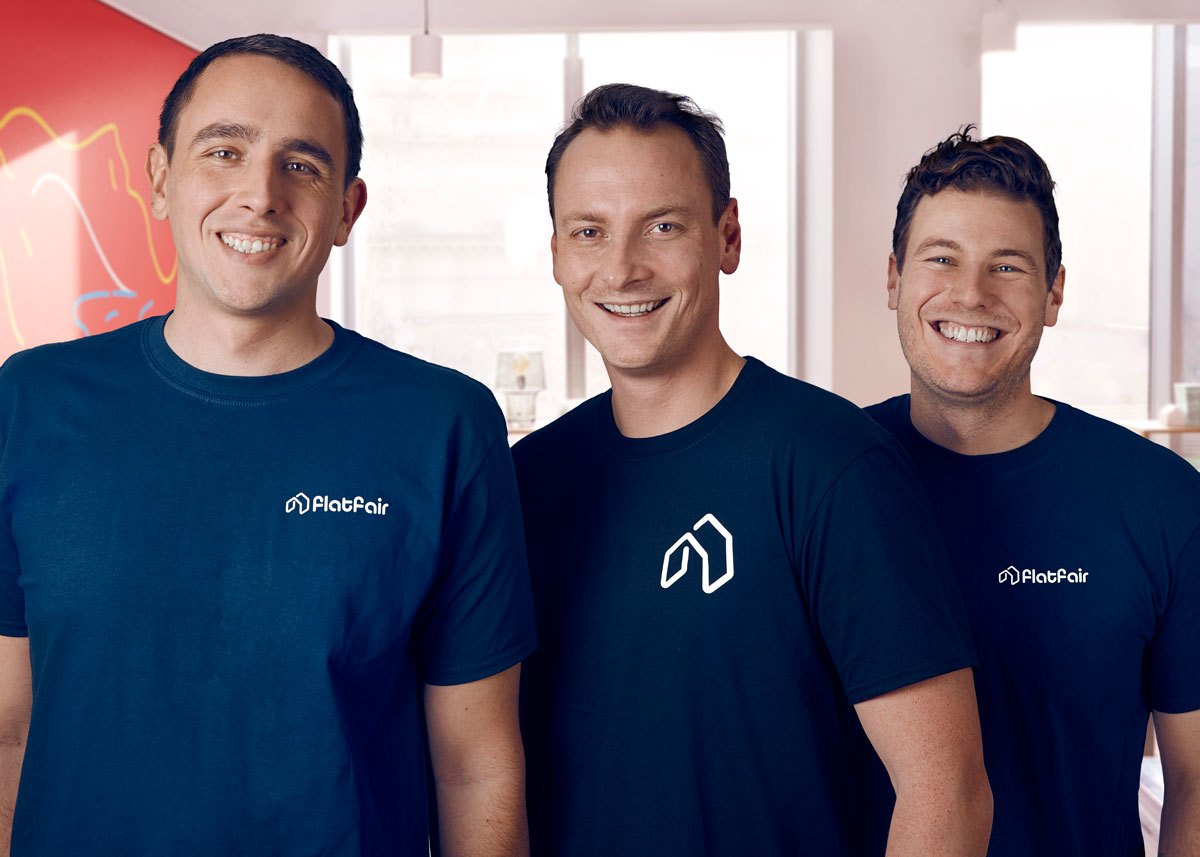 The Series A round is led by Index Ventures, with participation from Revolt Ventures, Adevinta, Greg Marsh (founder of Onefinestay), Jeremy Helbsy (former Savills CEO) and Taavet Hinrikus (TransferWise co-founder).

With the new capital, Flatfair says it plans to hire a “significant” number of product engineers, data scientists and business development specialists.

The startup will also invest in building out new features as it looks to expand its platform with “a focus on making renting fairer and more transparent for landlords and tenants.”

“With the average deposit of £1,110 across England and Wales being just shy of the national living wage, tenants struggle to pay expensive deposits when moving into their new home, often paying double deposits in between tenancies,” Flatfair co-founder and CEO Franz Doerr tells me when asked to frame the problem the startup has set out to solve.

“This creates cash flow issues for tenants, in particular for those with families. Some tenants end up financing the deposit through friends and family or even accrue expensive credit card debt. The latter can have a negative impact on the tenant’s credit rating, further restricting important access to credit for things that really matter in a tenant’s life.”

To remedy this, Flatfair’s “insurance-backed” payment technology provides tenants with the option to pay a per-tenancy membership fee instead of a full deposit. They do this by authorising their bank account via debit card with Flatfair, and when it is time to move out, any end-of-tenancy charges are handled via the Flatfair portal, including dispute resolution.

So, for example, rather than having to find a rental deposit equivalent to a month’s rent, which in theory you would get back once you move out sans any end-of-tenancy charges, with Flatfair you pay about a quarter of that as a non-refundable fee.

Of course, there are pros and cons to both, but for tenants that are cashflow restricted, the startup’s model at least offers an alternative financing option.

In addition, tenants registered with Flatfair are given a “trust score” that can go up over time, helping them move tenancy more easily in the future. The company is also trialing the use of Open Banking to help with credit checks by analysing transaction history to verify that you have paid rent regularly and on time in the past.

Landlords are said to like the model. Current Flatfair clients include major property owners and agents, such as Greystar, Places for People and CBRE. “Before Flatfair, deposits were the only form of tenancy security that landlords trusted,” claims Doerr.

In the event of a dispute over end-of-tenancy charges, both landlords and tenants are asked to upload evidence to the Flatfair platform and to try to settle the disagreement amicably. If they can’t, the case is referred by Flatfair to an independent adjudicator via mydeposits, a U.K. government-backed deposit scheme with which the company is partnering.

“In such a case, all the evidence is submitted to mydeposits and they come back with a decision within 24 hours,” explains Doerr. “[If] the adjudicator says that the tenant owes money, we invoice the tenant who then has five days to pay. If the tenant doesn’t pay, we charge their bank account… What’s key here is having the evidence. People are generally happy to pay if the costs are fair and where clear evidence exists, there’s less to argue about.”

More broadly, Doerr says there’s significant scope for digitisation across the buy-to-let sector and that the big vision for Flatfair is to create an “operating system” for rentals.

“The fundamental idea is to streamline processes around the tenancy to create revenue and savings opportunities for landlords and agents, whilst promoting a better customer experience, affordability and fairness for tenants,” he says.

“We’re working on a host of exciting new features that we’ll be able to talk about in the coming months, but we see opportunities to automate more functions within the life cycle of a tenancy and think there are a number of big efficiency savings to be made by unifying old systems, dumping old paper systems and streamlining cumbersome admin. Offering a scoring system for tenants is a great way of encouraging better behaviour and, given housing represents most people’s biggest expense, it’s only right renters should be able to build up their credit score and benefit from paying on time.”